5 Toilets You Don’t Want To Find in Asia 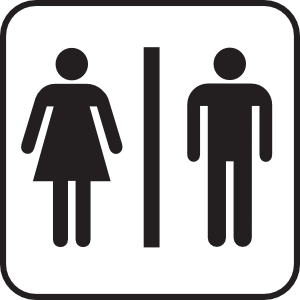 If last week’s Friday Fives didn’t make you lose you lunch, this one surely will. Yes, we’re here to address some of Asia’s worst with ‘5 Toilets You Don’t Want to Find in Asia’

Perhaps only marginally less famous than the old E=mc2, is the equation of;

This is a proven fact that anyone who has traveled to the continent can attest to.  Toilets there are  the stuff nightmares are made of. Worst part is, they’re pretty much unavoidable.

It’s not even the squat-toilet element that’s the issue here – in fact, the squat is a blessing in disguise as it greatly reduces the potential of skin-to-porcelain contact, which as we will see, can only be a good thing. What makes these bathrooms so downright traumatising is, well, see for yourself…

5 Toilets You Don’t Want to Find in Asia

First up is what you might consider to be a fairly standard public toilet in Asia… Definitely not the worst toilet you’ll find, but what makes this so upsetting is that it wasn’t a public toilet, it was IN MY HOTEL ROOM!  Are you friggen serious? Have we never heard of bleach? They sell it in the shop around the bloody corner! Let me shout you a bottle. 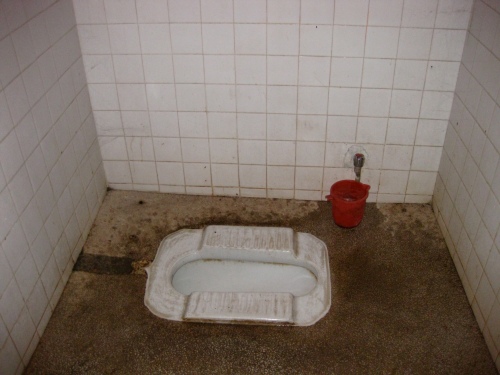 You’ve got to be kidding me? I paid for this??  ©TheseRoads

Oh, and see that red bucket next to the toilet? Yeah, that’s dual function bucket used not only to flush the toilet (note the absence of any flushing system) but also in place of toilet paper… mmmm (note – it’s the water in the bucket, and not the bucket itself that is used for this).

If you’d rather opt out of using grotty tap water to clean your bits I suggest you carry a pack of tissues with you everywhere you go – but don’t even attempt to flush them if you don’t want this baby to clog up and flood your bathroom.

#2 – The Open-Air Out House, Battambang, Cambodia:

Want a little fresh air and zero privacy in your bathroom experience?  Head up Sampov Mountain in Battambang, Cambodia for this wonderful loo… 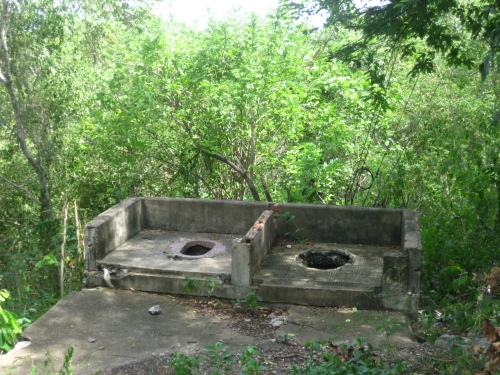 Be at one with nature. ©TheseRoads

Let me add that I was standing on the main path up the mountain when I took this photo – no camera zoom required – so not only can you be at one with nature while you go about your business, you can also do it with an audience! Yay!

You’ll note that India features heavily in this list – the toilets there are undoubtedly the worst I’ve had to force myself to use.  The other thing about public bathrooms in India is that there aren’t many of them for women – they tend to favour the male urinal, which, after seeing (and smelling) the urinal below, I have come to believe is a very good thing. 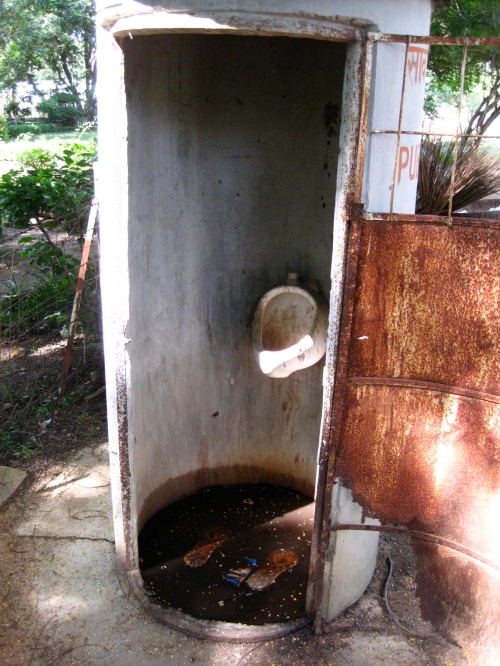 Seriously disgusting… check out the, erm, pool around the little foot platforms. *Gag*

At close to 5,000m above sea level, apparently this is the highest public toilet in Tibet.  Evidently that’s where the fanfare ends.  Take my word for it and don’t look at this photo too closely. 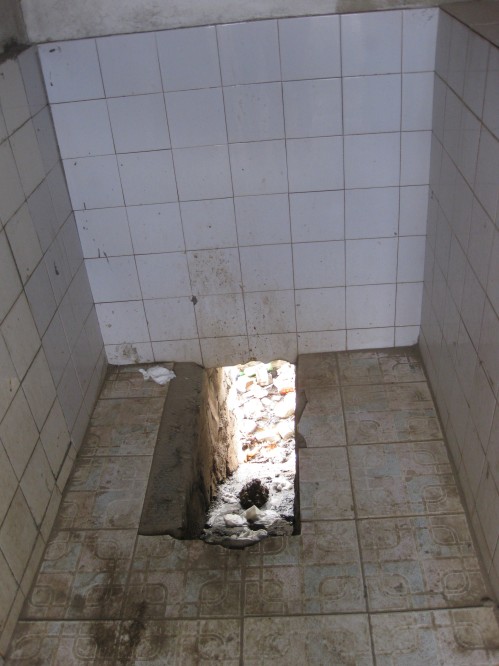 At a backward little bus terminal somewhere between Jaipur and Ajmer in the Indian state of Rajasthan, is the World’s Worst Toilet. The Grand Poobah of Badness… 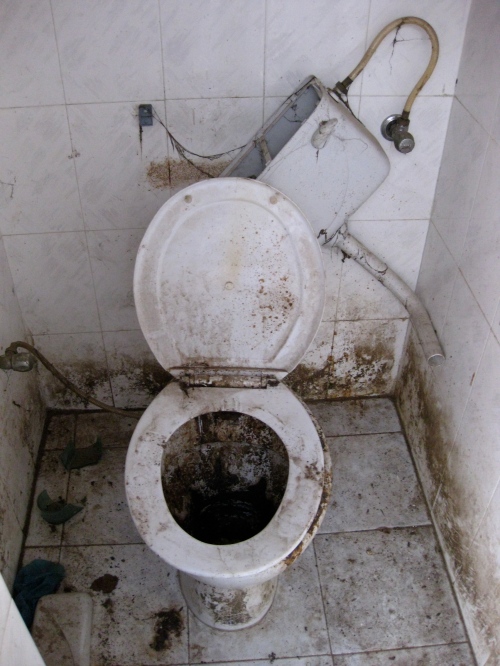 I’m sure no one will be surprised to learn that none of the women in the bathroom queue chose to use this throne of filth.  You may, however, be a little shocked to hear that rather than wait for the other, slightly less repulsive, squat cubicle to become vacant, the majority of the women in this horrible bathroom simply chose to answer the call of nature by peeing on the floor – something that significantly upped the stakes of foulness in what was already the World’s Worst Toilet.

Does Asia have the worst toilets in the world? Have you seen worse elsewhere?

Leave a Reply to These Roads Cancel reply